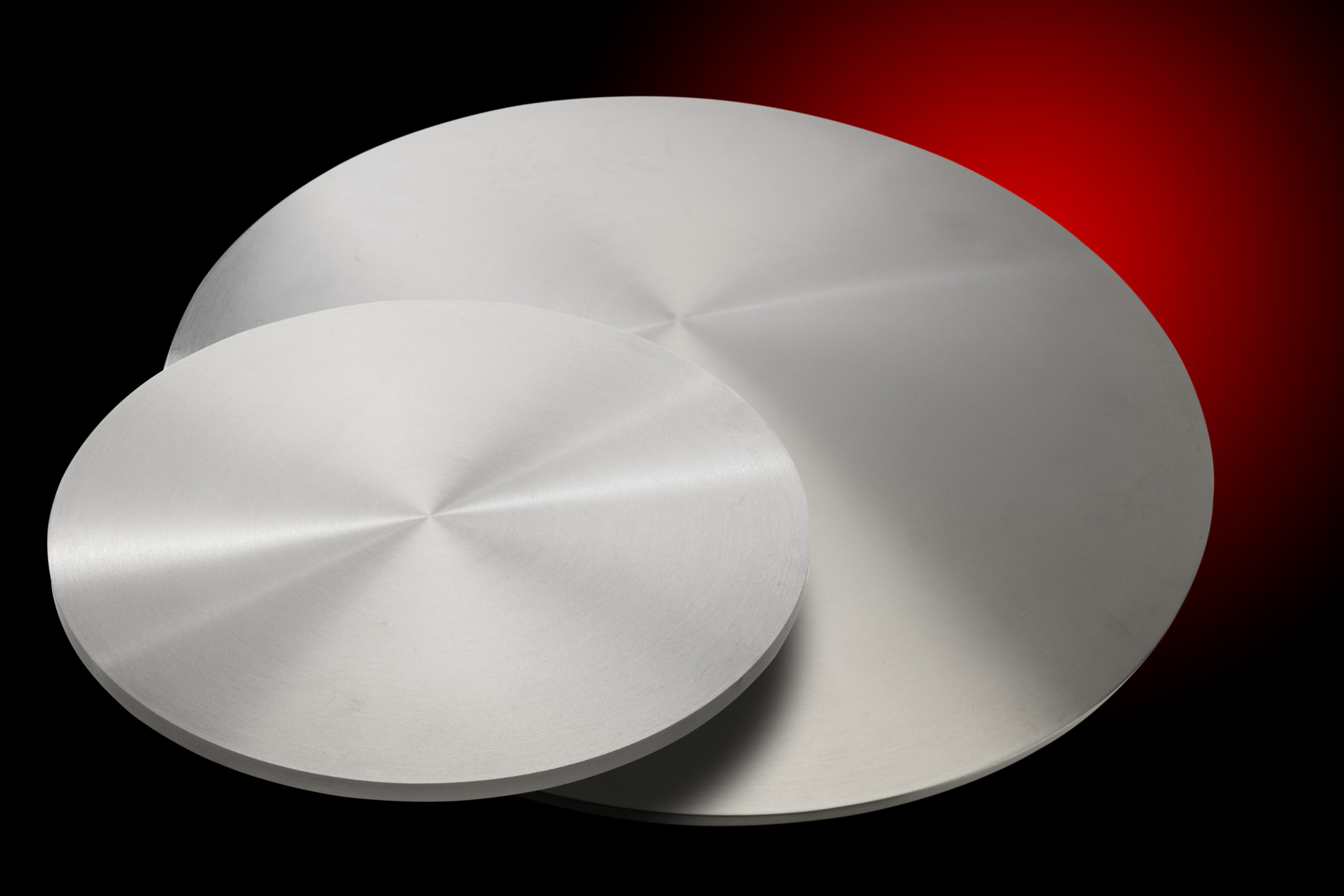 Sputtering is a physical vapor deposition (PVD) mechanism in which atoms are ejected from the surface of a material when that surface is stuck by sufficiently high energy particles. The sputtering deposition involves introducing a controlled gas, usually chemically inert argon, into a vacuum chamber, and electrically energizing a cathode to establish a self-sustaining plasma. The exposed surface of the cathode is called the sputtering target. The mechanism was first discovered in 1852, and developed as a thin film deposition technique by Langmuir in 1920.

Sputtering targets are typically solid slabs of various sizes and shapes. The target materials can be pure metals, alloys or compounds such as oxides or nitrides. The substrate is the object to be coated, which can include semiconductor wafers, solar cells, optical components, or many other possibilities. The thickness of coatings is usually in the range of angstroms to microns; the thin film can be a single material, or multiple materials in a layered structure.

The sputtering process can also be performed by utilizing a non-inert gas, such as oxygen, in combination with an elemental target material such as tantalum. This is called Reactive Sputtering,. This gas creates a chemical reaction with the sputtered atoms inside the chamber forming a new compound (tantalum oxide in this example) film instead of the original target composition.

Compared to other deposition methods, sputtered films have a better adhesion on the substrate, and materials with very high melting points such as tantalum (melting point 2998C) can be easily sputtered. Sputtering can be performed top-down, whereas, evaporation deposition can only be performed bottom up.

In addition to tantalum, Admat also supplies sputtering targets in niobium, titanium, tungsten, molybdenum, hafnium, silicon and some of their oxides.

All our products are engineered specifically to perform reliably in thin film depositions. Our manufacturing process ensures the target’s grain and texture are free from banding. We offer a wide selection of purities and shapes. 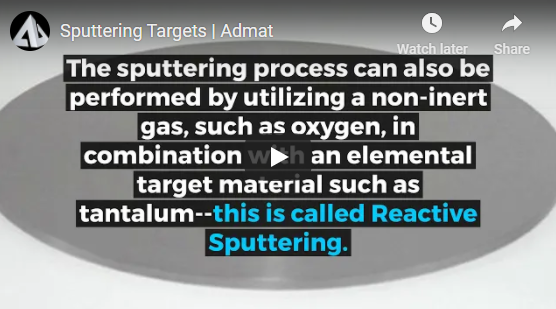