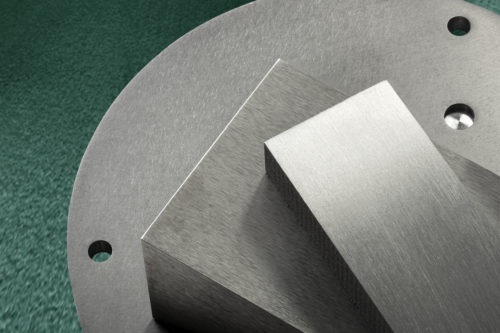 Steel additive.  Molybdenum is used as an additive in structure and stainless steels because of its corrosion resistance, strength, and durability. It is particularly useful in protecting the steels against corrosion in marine environments.  Structure steels are commonly used in offshore oil rigs as well as oil and gas pipelines, accounting for about one-third of molybdenum consumption.  Stainless steels account for another 25% of molybdenum uses.

Catalysts.  About 10-15% of molybdenum extracted ends up in chemicals, most often as catalysts for petroleum refineries.

Molybdenum metal was first isolated in a laboratory by Peter Jacob Hjelm in 1782.  Its industrial applications began in the early 20th century, started as an alloy agent in tungsten filament for lighting, and steel plate for armor vehicles.

Growing demand led to the exploration for new sources and the consequent discovery of the Climax deposit in Colorado in 1918.  After the war, military use declined but the arrival of a new industry, automobiles, increased demand for high strength steels containing molybdenum. By the end of the 1930s, moly was widely accepted as an industrial material.  In 2010 the London Metal Exchange (LME) introduced its molybdenum futures contract.

USGS statistics show total global mine production was roughly 290,000 tons in 2017. The largest producing country was China, followed by the US (44,600MT), and Peru.

Molybdenum is most often a by- or co-product of copper, only a few mines produce it as a primary product.  Primary production of molybdenum is exclusively extracted from molybdenite, a sulfide ore, which has a molybdenum content of between 0.01 and 0.25%.

Molybdenite ore is first crushed and floated to separate copper sulfide from the molybdenite.

Sublimation of the concentrate leads to molybdic oxide (MoO3), which, through a two-step hydrogen reduction process, produces molybdenum metal.  In the first step, MoO3 is reduced to molybdenum dioxide (MoO2). Molybdenum dioxide is then pushed through hydrogen flowing tubes or rotary furnaces at 1000-1100 C° (1832-2012 F°) to produce a metal powder.

Molybdenum produced as a by-product of copper from copper porphyry deposits, like the Bingham Canyon deposit in Utah, is removed as molybdenum disulfate during flotation of the powder copper ore.  The concentrate is roasted to make molybdic oxide, which can be put through the same sublimation process to produce molybdenum metal.